Although she has always been, through modesty, entrenched behind her work to which she did not seek to attach her name, Anne Gruner Schlumberger has been a visionary in the fields of art, architecture, landscape, education, science and creative assistance in all forms, remarkable both for her creativity and for the breadth and diversity of her work.

Not only is her contribution to the rich heritage of France undeniable, but she is at the origin of a place of confluence and exchanges between all the activities which fascinated her. 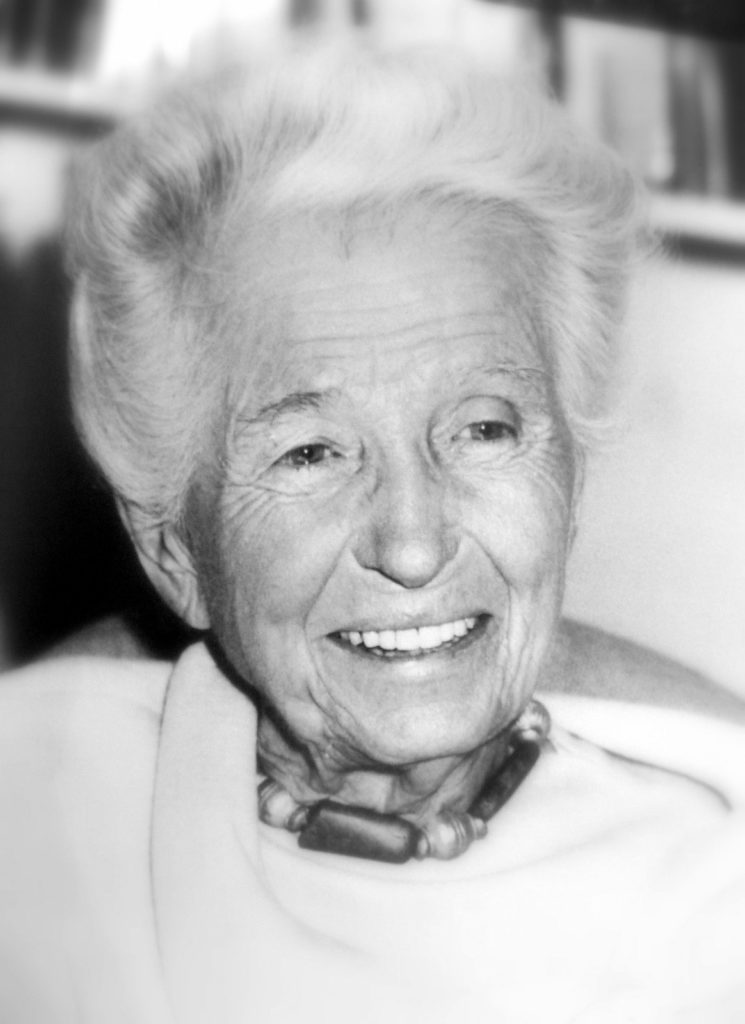 Anne Gruner Schlumberger belonged to a talented family whose adventure is retraced in her book “The Magic Box”. Granddaughter of the Alsatian industrialist Paul Schlumberger, daughter of Conrad Schlumberger, creator with his brother Marcel of the Electric Prospecting Company, (which became later the multinational company Schlumberger LTD), she was raised in a family whose taste for science went along with other talents: her father Conrad was a musician, her uncle Jean, of whom she was close and whose archives she kept at the Treilles Foundation, was a renowned writer. Her sisters Dominique de Ménil and Sylvie Boissonnas did, like her, patronage.

This support for culture and knowledge comes in many forms: creation of children’s libraries in Greece and France, of the Schlumberger Foundation for Education and Research, and of a Music Academy in the small Provençal village of Villecroze.

An intellectual and human wealth

In this diversity, the Treilles Foundation is certainly the major achievement of Anne Gruner Schlumberger, an exemplary fruit of her intellectual and human wealth. She acquired the core of the domain from one of her aunts and began to shape this Provençal landscape with the collaboration of the architect Pierre Barbe and the landscape architect Henri Fisch.

Life Moments at the Treilles 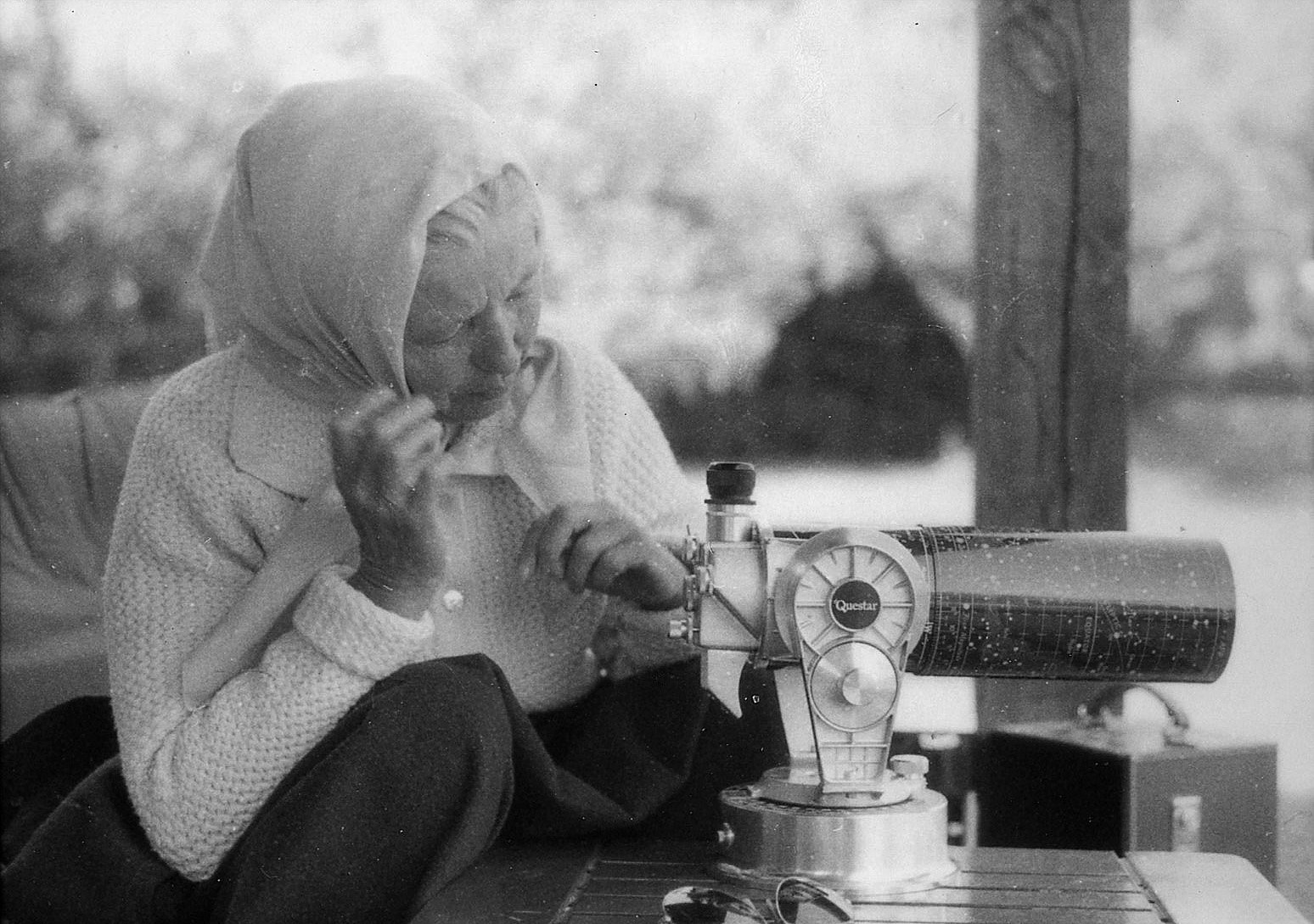 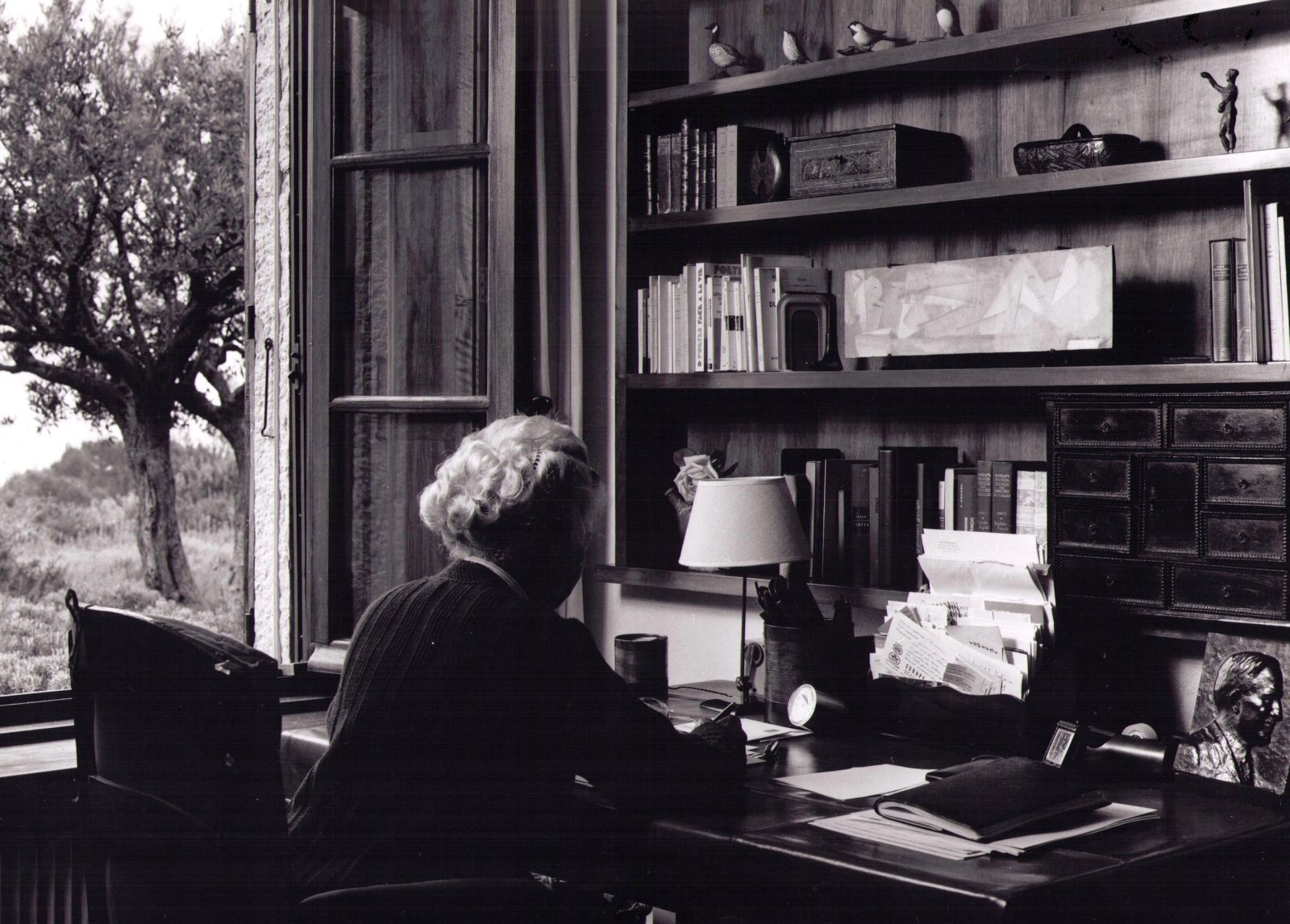 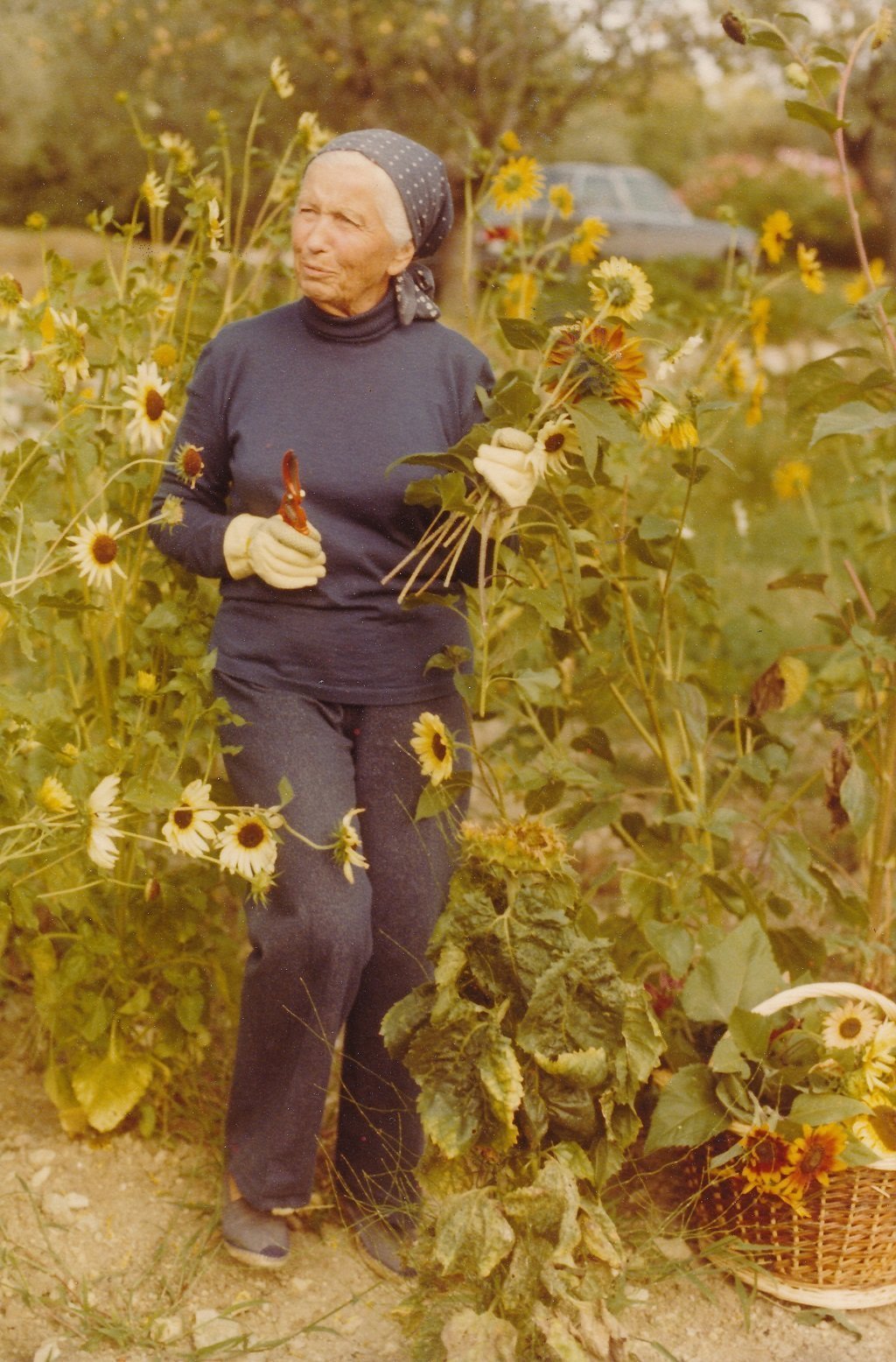 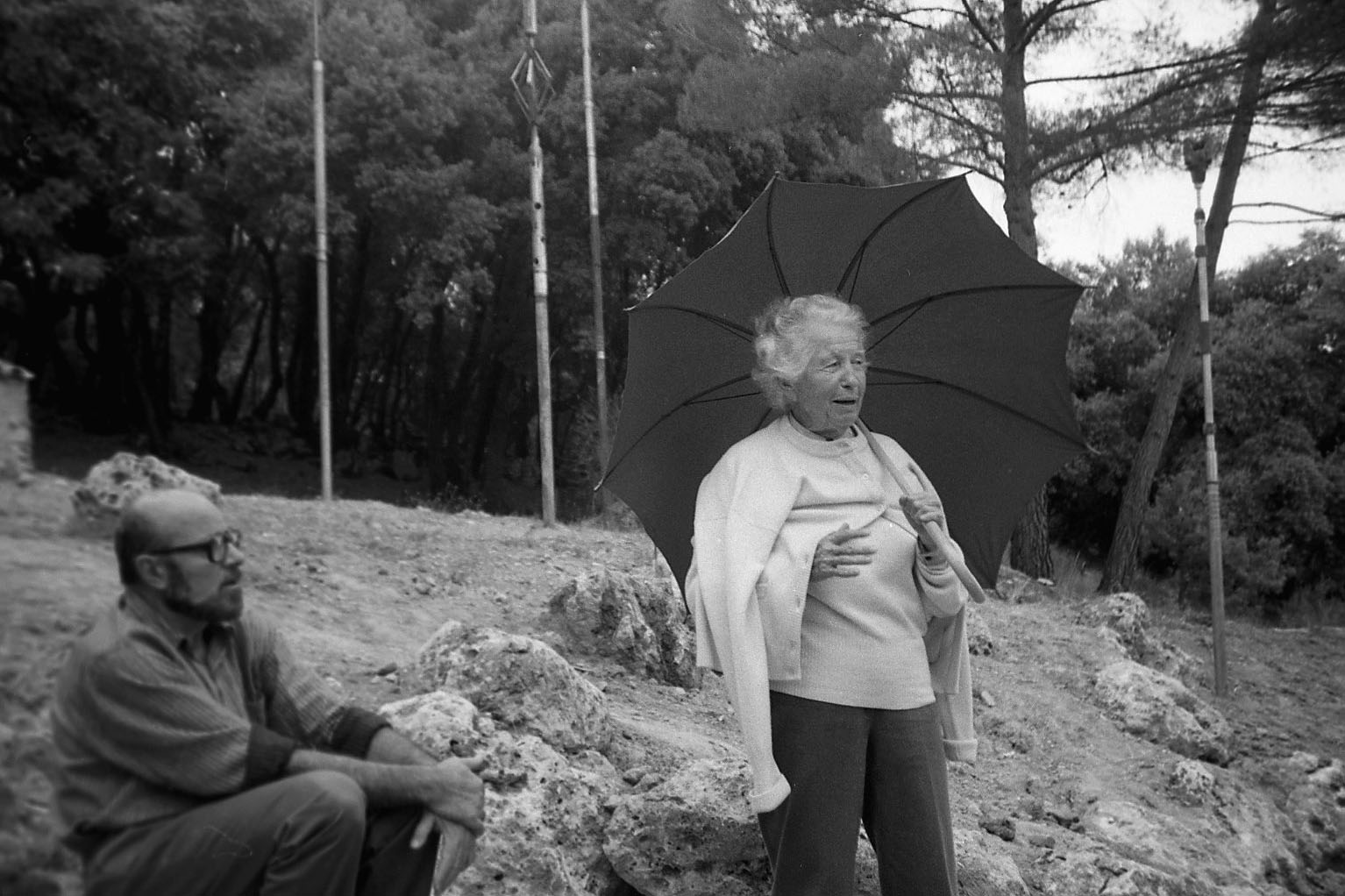 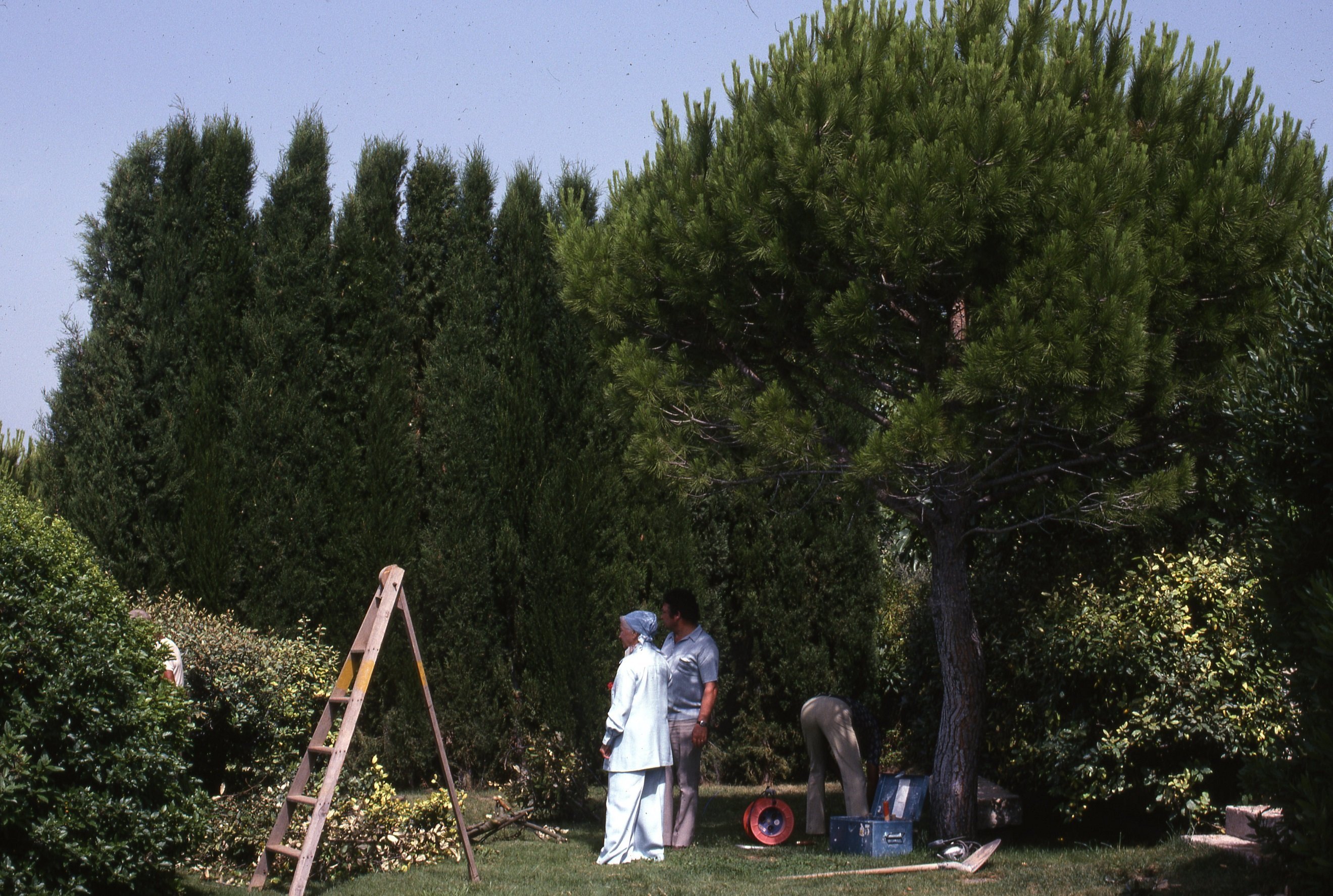 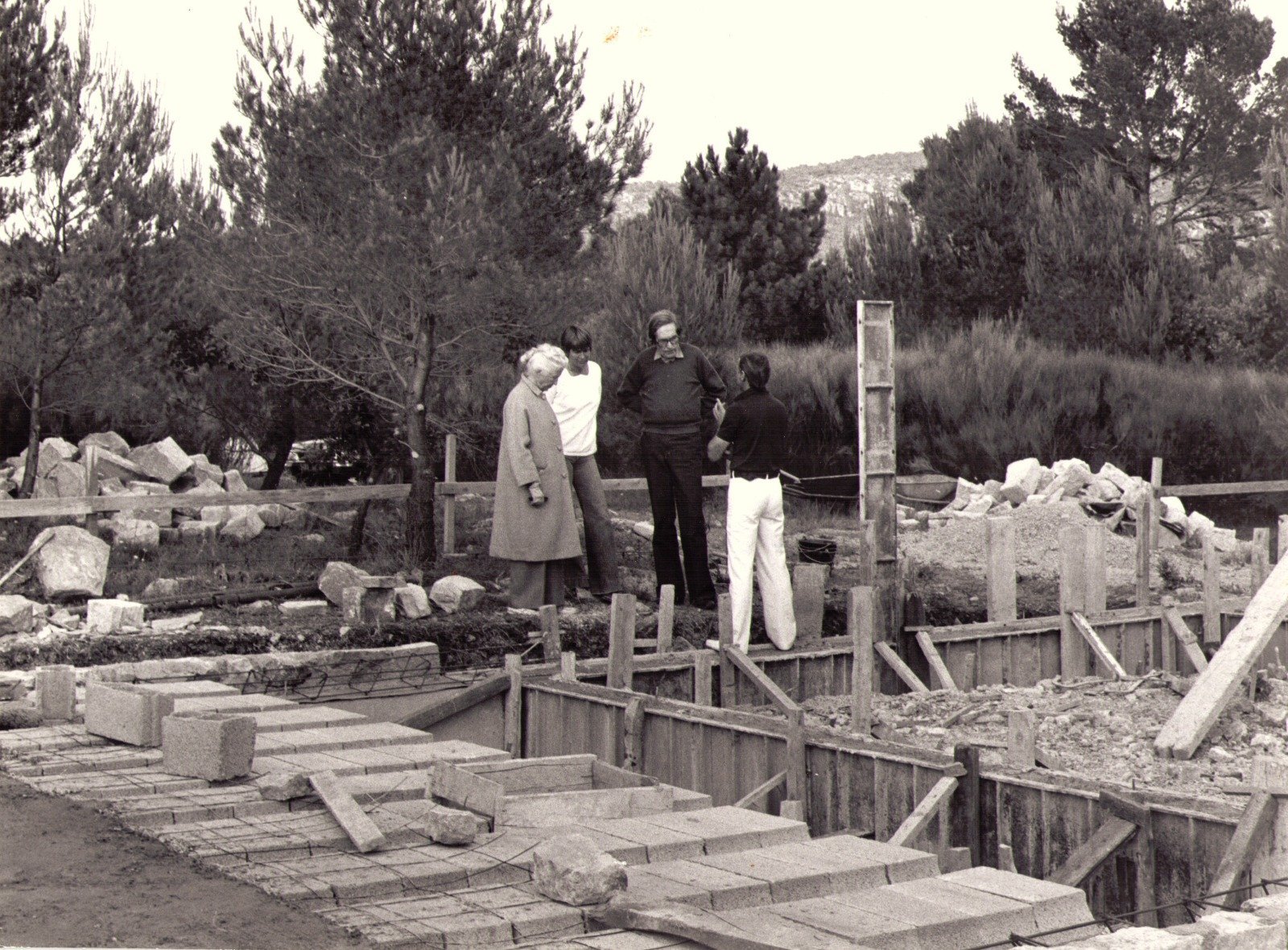 “I list the Foundation as a descendant of the first three Schlumberger creators, whose ethos was to trust young people, to promote a melting pot of new ideas and to collaborate on projects around the world”. With this sentence, pronounced on September 7, 1986, during the inauguration of the “Garden of the Probes” attended by the President of the Republic François Mitterrand, Anne Gruner Schlumberger underlined the connection of this space intended to “offer a place of meetings where creators and researchers meet” with the work of her family’s previous generations.

Alongside the construction of the estate, Anne Gruner Schlumberger collected a large number of works of art, of which she left a part (about 800 pieces) to the Fondation des Treilles. Dubuffet, Giacometti, Picasso, Max Ernst and Victor Brauner, whom she has personally known and with whom she maintained friendly relations, as shown by her correspondence, as well as works by more recent artists.

Her taste for art did not stop with painting but extended to engraving, especially that of her great friend Roger Vieillard. His wife, the painter Anita de Caro, can be associated with sculpture. She was a fan of François-Xavier Lalanne and Laurens’ works too. Music was also a big part of her life through strong friendships, including harpsichordist Ralph Kirkpatrick and violinist Alexandre Schneider.

It is one of the great originality of this patron to have gathered to a point rarely reached as much passion for artistic creativity in all its forms as well as an intense intellectual curiosity and to have them vibrate together in what she called “a faith of love”.