From 14 to 19 September, this seminar organized by Olivier Bernard will welcome researchers issued from different scientific communities (oceanography, biology, biotechnology…). It will highlight the key role of phytoplankton in our ecosystem, since it captures solar energy through photosynthesis. This ability to store energy rich molecules has been exploited industrially to produce biofuels. Better quantifying, through mathematical modelling, the carbon fluxes fixed by phytoplankton in a changing world is thus of utmost importance to more accurately predict the future climate of our planet and simultaneously to develop more efficient environmental friendly processes.

From September 30 to October 3, this seminar, organized by Pierre Morel, will bring together fifteen high-level participants and will focus on the hybrid threats that characterize contemporary conflicts. “Hybrid warfare” combines military and non-military actions, conventional and unconventional means. Theorized in an American article from 2005, it has since spread widely in institutional circles, national doctrines and at NATO, but remains contested in academic circles, which denounce its too great extent and its vague character. To what extent can it help us to understand the new faces of war, but also the difficulties in making and consolidating peace ?

Sylva Sylvarum is a book of natural history written by the english philosopher Francis Bacon (1561-1626), quite unknown, and published posthumously by his personal secretary, William Rawley, in 1626. The work consists of ten books, each describing one hundred experiments, observations or recipes, combining accounts of scientific experiments and popular beliefs. Bacon asks in an original and innovative way the question of the epistemic authority of the knowledge transmitted about natural phenomena, whether they concern plants, animals, the human body or the elements (air, water, earth, fire, etc.).

The project aims to explore to what extent the artistic practices located in the Marseille port space reveal a diversity of practices. In response to the feeling of political, ecological and economic threat and urgency, the post-industrial imagination is nourished by a romantic fascination with industrial traces and remains. This project therefore aims to question the sensitive, subjective part, whether dreamy or ironic, of contemporary artists’ current view of the Mediterranean industrial port. The aim will be to bring to light a crucial approach to contemporary creation, characterised by its critical approach to the question of industrial heritage.

The expression “legitimate violence” is not easy to sociologically investigate. These works, of constructivist inspiration, refer the political and moral debates on the legitimacy of violence either to scholastic quarrels that must be broken through, or to categories that mobilize the actors to describe the social world. These studies must be undone to elucidate the social configurations which give them authority.

From Jean Schlumberger, we have kept the famous three-letter monogram on the book covers bearing the NRF logo. However, in addition to his place in La Nouvelle Revue Française alongside his friends André Gide and Jacques Copeau, many aspects of his life have been unexplored, even forgotten. Novels, essays, theater, political writings, this discreet work, despite its lucidity, mingles the Protestant conscience of its author with his keen sense of family and friendship. Jean Schlumberger’s own personality and vision, illuminated by his correspondence and his notebooks which record the customs of the time, allow a socio-critical approach to this period. This project pays tribute to “this lively, dry man, a gentleman as there is no longer” (Marguerite Yourcenar). 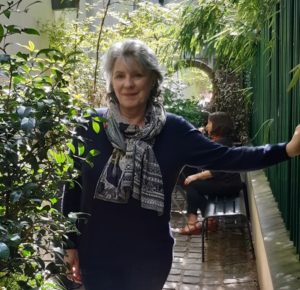 She is here to work on her new novel “The fabric of heaven” . The topic her book is a passionate love correspondence during the civil war between Catholics and Protestants in Northern Ireland. This complex conflict, opposing religious and political convictions, with purely British and international issues, serves above all as a backdrop for the expression of the two characters. The story is first of all that of two beings at opposite ends of each other called to become fusional. The novel has neither narrator nor dialogues and is based only on their letters. 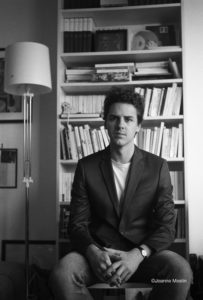 For his second stay at Les Treilles, he will continue the writing of his new novel. This book will also continue the formal adventure in which Clément embarked on his second novel, which consists of inserting images into the narrative. His young heroin, Jeanne Popescu, will cross the path of a comet, in the person of a young teacher, Romain Pécuchard. For Jeanne, this meeting will be the starting point of an identity questioning that will take different forms in her teenage years, from couples to charities involvement, by way of new kinds of belonging created by virtual networks. 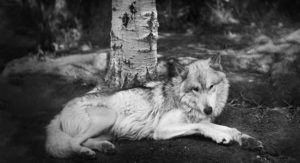 “the wolf“: Our laureate unconditionally loves nature and animals. For him, the wolf crystallizes a certain duality in the Man, between his wild part (the wolf) and his domestic part (the dog): two sides of the same coin. Starting from reality and legends linked to the figure of the wolf, he would like to deepen the relationship with them, what they symbolize and what they embody, thus bring a more soothing representation on the necessary cohabitation between Man and the animal, through photography and text.

The current exhibition of works from the collection of Anne Gruner Schlumberger, de l’autre côté du rêve (from the other side of the dream) will take place until 01/11/20 at the Bemberg Foundation in Toulouse. All of the works on display come mainly from artists who are actors or heirs to surrealism. There are many great artists such as Brauner, Arp, Max Ernst, Dubuffet, Klee, Giacometti, François-Xavier Lalanne, Henri Laurens, Picasso, or even Takis.

The application deadline for small residential studies is September 21st, 2020 : Register on our website.

Applications for the Photography Prize must be sent before October 1st, 2020 : Online registration.